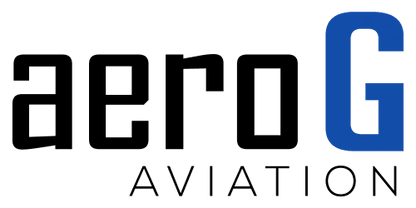 The culmination of nearly a decade of innovation in design, propulsion, and determination. The aG-4 "Liberty" eVTOL stands alone in the eVTOL (Electric / Hybrid Vertical Takeoff and Landing) marketplace with the aspiration adapting a large frame tilt fan design. Powered by twin hybrid electric engines this design has both the range and performance of traditional fixed wing turboprop aircraft and the distinctive advantages of a helicopter.

Strap into the pilot seat of the modern digital glass panel and navigate the skies of tomorrow as you become a commercial aviator transporting passengers to and from any destination. The aG-4 gives passengers the freedom of reaching remote or densely populated locations while enjoying the comfort of an executive styled cabin area. Complete with baggage areas and windowless cabin technology.​

Transitioning to and from cruise speeds reaching three hundred knots with the use of vector thrust and tilt fan equipment to expedite travel times in ways we have only dreamed off in the past. The aG-4 is truly the ideal ride for future travers across the globe. Our team stands by the design with extensive knowledge of aeronautics and marketing skills required to bring our product to market. By purchasing the aG-4 you are personally supporting this endeavor as the proceeds of this aircraft are directly tied to furthering our goal of reaching aircraft air worthiness status and bringing this simulation experience to real world application.​


The enhanced virtual reality compatibly of the aG-4 gives users with VR capability the power to fly this modern aircraft in full VR mode. Even enjoying an AI driven experience from the cabin and experiencing the touch cabin or touch cockpit environment.

The UV-4 eVTOL UAV is an unmanned vehicle designed to transport cargo via autonomous or remote pilot operations. This model was created to display the potential of a duct fan rotor craft powered by multiple electric motors.

Since its launch in 2015, continued advancements and improvements to the air frame and power plant are been completed to produce the most efficient means of powered flight while using a smaller and quieter ducted fan system. The electrical systems on the aircraft use a network of batteries, invertor, and generators. An electrical charge then powers the mechanism used to spin the propeller to its desired rate per minute, producing lift or thrust.​

This aircraft is the most comprehensive and complete aircraft simulation of the UV-4 to date.

This fly-by-wire system is a first of its kind and would not be possible without many years of research.

There is no cheating in real-world physics with our geometric modelling. Hence, you are really flying this aircraft and we are proud to provide you this experience.

purchase our aircraft for x-plane 11